Women undergoing fertility treatment could have their chances of success boosted by acupuncture.

German researchers said they have increased success rates by almost 50% in women having in vitro fertilisation (IVF).

The theory is that acupuncture can affect the autonomic nervous system, which is involved in the control of muscles and glands, and could therefore make the lining of the uterus more receptive to receiving an embryo.

But the scientists admit they do not know for certain why the complementary therapy helped, and plan to carry out more studies in a bid to find out.

If these findings are confirmed, they may help us improve the odds for our IVF patients achieving pregnancy 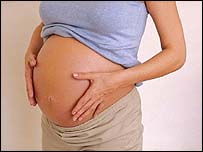 The theory of acupuncture is based on pathways called meridians. Research has shown it can help relieve nausea caused by anaesthetics during surgery or chemotherapy and to relieve dental pain.

It may also help relieve other conditions including headaches and menstrual cramps.

A report published in the journal Fertility and Sterility found the pregnancy rate in the group receiving acupuncture group was 42.5%, compared to the group which did not receive the therapy, where the rate was 26.3%.

The German researchers worked with doctors at the Department of Traditional Chinese Medicine at Tongji Hospital in Wuhan, China.

Of 160 women undergoing IVF, half received standard in vitro fertilisation, while half were given acupuncture treatments before and after.

They also used needles to stimulate meridians involving the spleen, stomach and colon, to improve blood flow and create “more energy in the uterus.”

The research team, led by Dr. Wolfgang Paulus and colleagues at the Christian-Lauritzen-Institut in Ulm, Germany, wrote in the journal: “Acupuncture seems to be a useful tool for improving pregnancy rate after assisted reproductive techniques.

They add: “To rule out the possibility that acupuncture produces only psychological or psychosomatic effects, we plan to use a placebo needle set as a control in a future study.”

Such a study would involve people having needles inserted in the same way as in acupuncture, but not at the acupuncture points.

Dr. Sandra Carson, president-elect of the American Society of Reproductive Medicine, which publishes the journal, said: “If these findings are confirmed, they may help us improve the odds for our (in vitro fertilisation) patients’ achieving pregnancy.”